Manila, November 12, 2014 – With Christmas just a month away, why not give the gift of reading to your family and friends? Head out to the tenth Philippine Annual Komiks Convention or Komikon 2014 this November 15, 2014 from 10 am to 7pm at the Bayanihan Center, Unilab Compound in Pasig City for the latest and the freshest of our locally made comics.

It will be a whole day of non-stop action with the following activities: 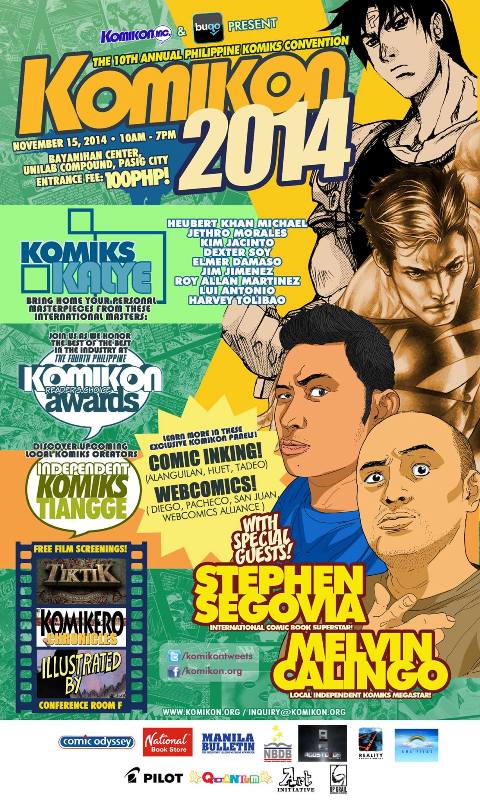 -signings and drawings from your favorite international Filipino comics creators from Marvel, DC and Dynamite Comics at the KomiksKalye!

This event is presented to you by KOMIKON Inc. & BUQO, sponsored by Comic Odyssey, National Book Store; our official newspaper sponsor, The Manila Bulletin; National Book Development Board, Reality Entertainment, Agosto Dos & GMA Films; and thanks to items sponsored by Art Initiative. Thanks to our Contest Sponsor – Quantum Amusement & Pilot Pens our event partner – UP Grail.