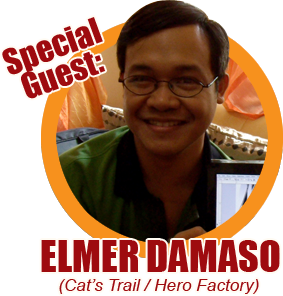 Elmer Damaso is best known for his artwork for the title “One Day, Isang Diwa” and his own title, “Cat’s Trail” in Culture Crash Comics.