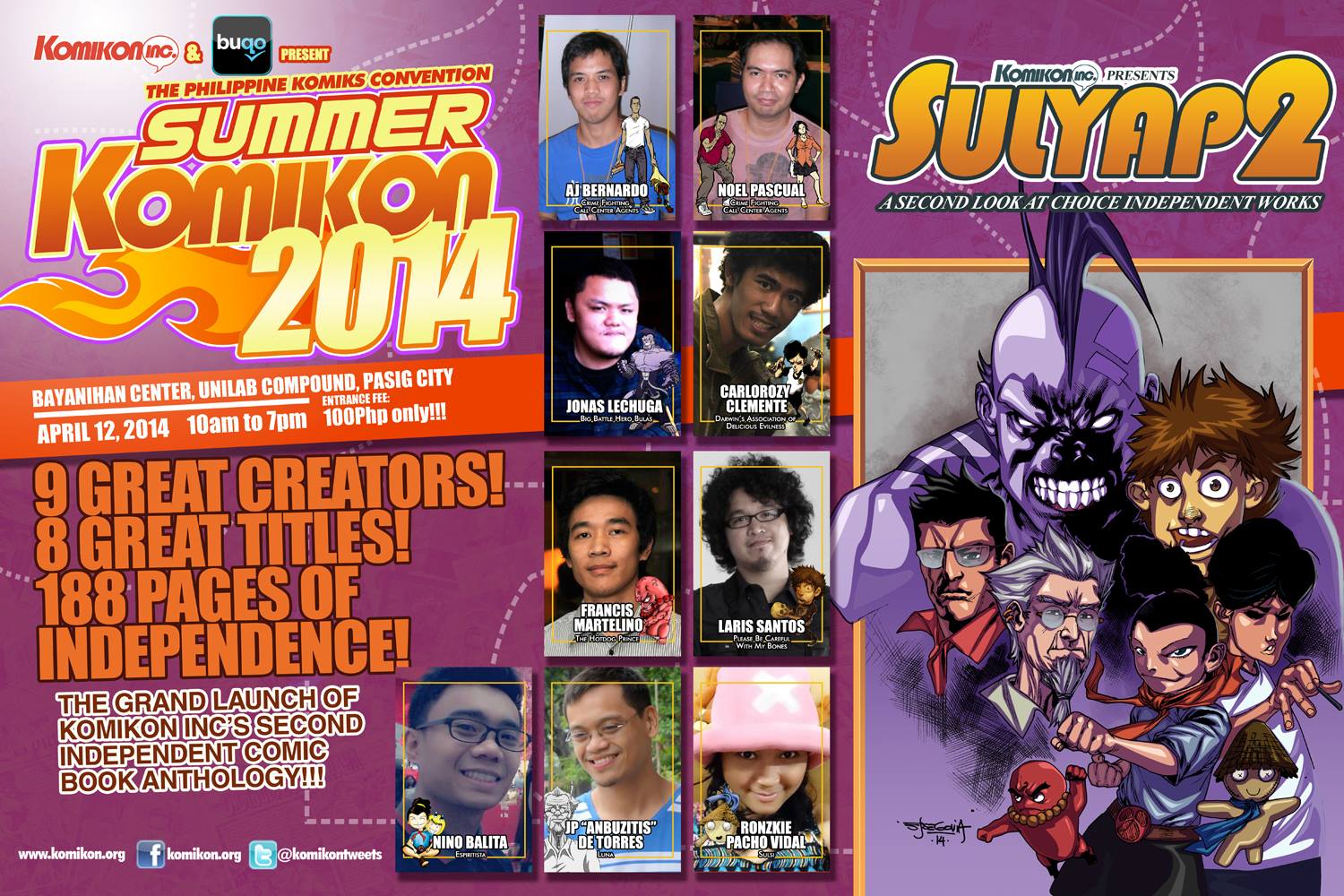 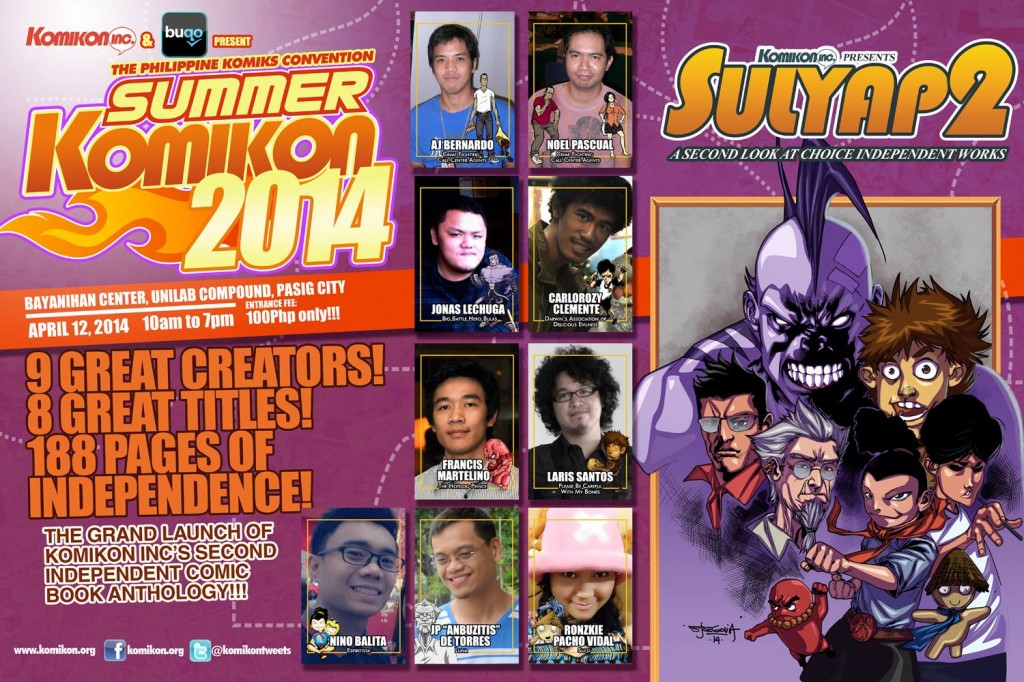 They are one of the top rising indie comics creators in the Philippines and the featured creators for Sulyap 2: A Second Look at Choice Independent Works!

That is, composed of 9 great creators, 8 individual titles, 188 pages of comics goodness! This new release from Komikon will be launched this Summer Komikon 2014 for a special Convention Price of Php 250, with a Free Komikon Pin (until supplies last). Regular price in a book store after the event is Php 300.

So make sure to drop by the Komikon booth in front of the stage to have your copies signed by these highly talented comics artists. See you!

Know more about the first Sulyap Anthology at http://www.facebook.com/SulyapKomiks