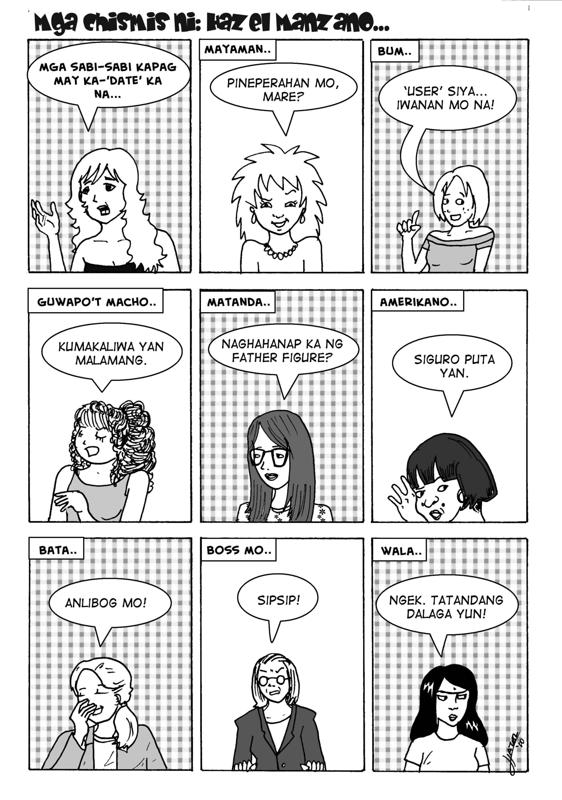 1) When did you start making comics?I started making comics in 2006. I have been in the call center industry and was amazed by the bloopers and all. I decided then to document all my experience and my co-workers. I thought of making it into a book since I noticed that my colleagues often read during their idle. I thought that comic strip would be the most effective media for bloopers mixed with dark reality of the corporate life. 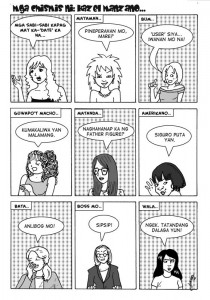 2) How did you begin making comics as a profession?
When Manila Bulletin published Callwork in 2007. Prior to that, it was just internally through our company magazine and my blog.

3) If you weren’t an artist, what would you be doing now?
Still the same…working… but probably more dedicated to my day job hehe!  Currently working as a call center workforce manager.

4) Is it a big deal being a female artist?
I guess it is  big deal if you make comics showing more of our culture and turning comics into a higher art form. I said that because a lot of ladies have this mentality that comic is “childish” and tends to draw more on childrens book (to show their maternal instinct and mentorship maybe).

5) Any advice to female artists, or aspiring young artists?
Never think of making comics just for money or fame. A lot of young people I talk to wanted to make comics for these reasons.

You are just gearing yourself up for failure. I make comics because I feel the need to tell the world about the reality of being a call center employee and hoped that this would change the way they look at us.  Back then a lot of people had these thinking that call center is for the dum dum and what have you. I hope they really changed their minds after reading Callwork.

A few years after Callwork, I started making other comics to tell stories that I think it is important for me.