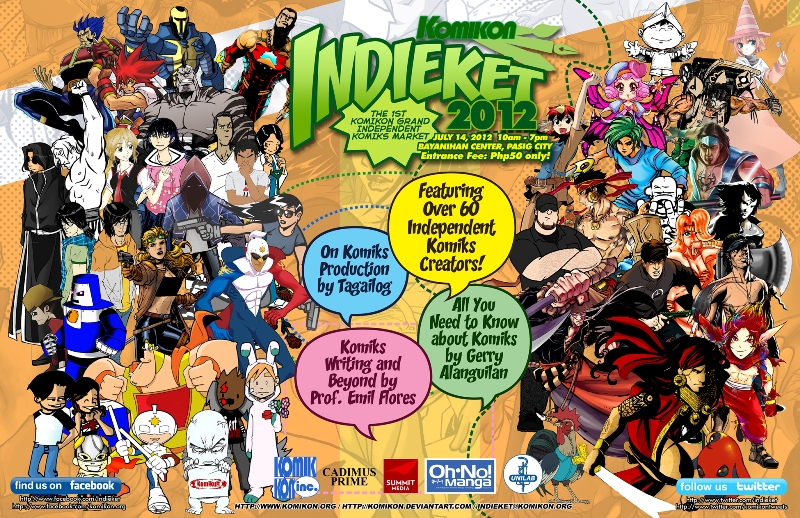 Metro Manila, July 6, 2012 – Have you ever read a comic book about fighting street foods joining a talent contest to help out their broken hearted friend forget his lost love? How about the one where call agents who moonlight as superheroes try to escape a psychopath they inadvertently gave a ride to? Perhaps you’ve read about the misadventures of an exasperating and disagreeable boy who is equal parts witty and offensive as he tries to live thru life? Maybe you came across the one where a once feared barbarian king now has opened up a barbershop and spends his days cutting hair and chatting with his friends? No? Then you’re missing a lot. That is how rich and varied the books our independent comics creators produce and now Komikon is proud to provide an event that will showcase all of it in their awe inspiring independent glory, KOMIKON INDIEKET 2012, the 1st Komikon Grand Independent Komiks Market on July 14, 2012 at the Hall A of Bayanihan Center, Pioneer St., Pasig City for only Php 50 entrance fee.